A new Japanese mobile phone will automatically unlock the doors of its owners’ cars and let drivers start their engines without using an ignition key. The phone, built by Sharp Corp., uses a technology previously developed by Nissan Motor Co. called “Intelligent Key” that allows drivers enter and start their cars without removing their keys from their pockets or bags. Cars equipped with the system sense when the correct key is nearby, automatically unlocking their car doors, and allow the engine to be started once the key is brought inside the car. Nissan said it has shipped about a million cars with the technology in Japan since 2002.

The new twist on this technology is that it is loaded in a phone. The service will work on the mobile network operated by NTT DoCoMo Inc., Japan’s largest mobile operator. The companies said in a joint press release Wednesday they will display the technology next week at CEATEC, a major technology conference in Tokyo. They are continuing development and aim to bring the phone to market sometime after March of next year.

Skyfire, a Mountain View, Calif., start-up that competes directly with Opera Mobile browser, announced Wednesday the opening of its public beta for Windows Mobile phones. This is good news if you’ve been waiting months to join Skyfire’s impacted private beta program. In addition to going public, Skyfire has upgraded from version 0.6 to version 0.8, a move that brings significant performance improvements and a more fleshed-out start screen design. On the start screen, Skyfire has shifted from a spindly design of bare text links to a fleshed-out look that includes shaded boxes and icons. The headline content–world, business, sports, elections, and a weather widget–is all fed by Yahoo, though it’s not an exclusive partnership.

Vastly improved streaming video quality is another feature that gives Skyfire an extra dose of credibility. Skyfire has introduced SuperBar in version 0.8, a field that combines the address bar and search into one. SuperBar helpfully offers suggestions to complete your query as you type, but unlike Opera Mobile 9.5 beta (which has separate search and URL fields), Skyfire doesn’t remember your URL history. Nevertheless, it’s one new feature that helps elevate Skyfire from a scrawny mobile browser with potential to one that is a viable browser alternative. Skyfire beta is available for those of you in the private beta program through a program update; new users can get it for Windows Mobile phones by pointing the mobile browser to skyfire.com.

A turtle family went on a picnic.. The turtles, being naturally slow about things, took seven years to prepare for their outings.Finally the turtle family left home looking for a suitable place. During the second year of their journey they found it. For about six months theycleaned up the area, unpacked the picnic basket, and completed the arrangements.

Then they discovered the had forgotten the salt. A picnic without salt would be a disaster, they all agreed. After a lengthy discussion, the youngest turtle was chosen to retrieve the salt from home.

Although he was the fastest of the slow moving turtles, the little turtle whined, cried, and wobbled in his shell. He agreed to go on one condition: that no one would eat until he returned. The family consented and the little turtle left.

Three years passed– and the little turtle had not returned. Five years…six years.. then in the seventh year of his absence, the oldest turtle could no longer contain his hunger. He announced that he was going to eat and began to unwrap a sandwich.

At that point the little turtle suddenly popped out from behind a tree shouting, “SEE I knew you wouldn’t wait. Now I am not going to go get the salt.”

Some of us waste our lives waiting for people to live up to our expectations of them. We are so concerned about what others are doing that we don’t do anything ourselves.

A fun shoot em up, watch out those little fellas will stab you in the back. Damn, i thought this is piece of cake, but I was totally wrong !

With the rising fuel all over the world, people tend to save fuel which leads saving their money. I also switch from driving to riding for work but I definitely don’t have these kind of helmets ! 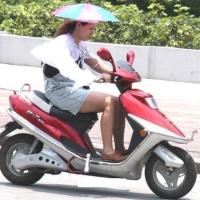